Clive, on the Memory, Prophecy and Fantasy series:

"I sobbed my heart out because there were so many things in there that I hadn't thought of before. Amazing. Breath-taking. And you have captured, or quoted, or found things I just would not have remembered in my life, you know? I think in some ways I was crying for a life that I'd forgotten. You know, my thoughts, and meanings: you are the keepers of those." 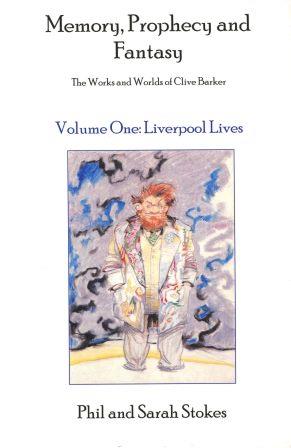 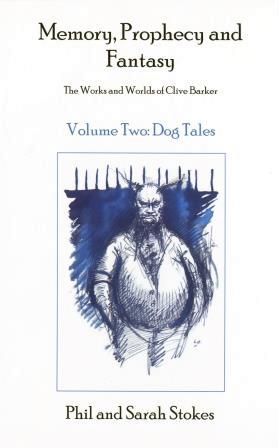 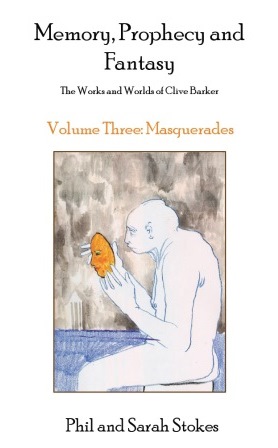 Order all three volumes at The Clive Barker Archive

...Memory, Prophecy and Fantasy is our continuing project to document the evolving themes, concerns and passions within Clive's work. With full access to Clive's archives and invaluable contributions from his friends and closest collaborators, for the last fifteen years we have been piecing together fragments, scripts, sketches and ephemera to chart the successes, the failures and the what-might-have-beens, compiling the definitive and illustrated portrait of Clive's work.

What started as a personal exploration into the plays performed by the Dog Company in the years before Clive rose to prominence with his eponymous Books of Blood has blossomed into a multi-volume series that will ultimately cover all of Clive's works, all the way from those earliest plays through his more famous works and right up to the present day.

Clive: "I've had times when I haven't been able to get up and write and one of the things I did was sit down and read from page one through both of the books you did about my life and putting all those pieces in order with all those wonderful illustrations and, I have to tell you, the critical analysis that you guys did of all the material is second to none, it's absolutely breath-taking... Watching you summarise the plays and the stories and then draw it out in a very straightforward, clear fashion what the salient points are: breath-taking. I just wanted you to know that...
"And what the two of you have done with these books, what you are doing, is going to be - when all of us are dead, unfortunately! Certainly when I'm dead! - is going to be a matrix, a model for a way that people won't do things in the future. Just as people don't do things the way Cocteau did things - back in the Fifties there just weren't the models - people don't make art that way anymore and I think the models will have changed again. What you're doing is, doing for me, is what nobody ever did for Cocteau which is to preserve everything. We know almost nothing about his early drivers. We know them only as echoes of what Picasso was doing, we know what Picasso was painting and we know Cocteau's there because he's in a drawing but quite what he was doing there at the age of twenty... ? You know, he obviously was doing something of significance because he's in all the drawings and all the photographs, but nobody knows. And you've done that for me. You've filled in all the blanks."

Volume One: Liverpool Lives (period to 1977) - only a few copies remain

Including more than 150 illustrations (photographs, sketches and posters - the vast majority never before published and many in full colour) and text covering the projects below, the book contains extracts and synopses from unpublished works by Clive and others in the group.
Long Ago And Far Away, Voodoo, Inferno, Neongonebony, The Holly And The Ivy, Humphrei, Is There Anybody There?, Hunters In The Snow, The Wood On The Hill, The Candle In The Cloud, Salome, A Private Apocalypse, The Scream Of The Ape, The Adventures Of Mr. Maximillian Bacchus And His Travelling Circus, The Fish Bride, Poe, The Egg, Grunewald's Crucifixion, A Dream, The Wolfman, A Clowns' Sodom, A Day In The Life Of Arthur Tapp, The Fat Man Dances, Children Of Pride, Soiled Dressings and The Day Of The Dog

Including almost 200 photographs, sketches and posters - the vast majority never before published and many in full colour - this volume covers:
Staged plays: The Sack, The Magician, Dog, Nightlives, The History of the Devil and Dangerous World.
Unstaged plays: The Ecstasy, The City and the Sea, An Atrocity, Damiens, The Revenge of the Body, The Deluge, The Marriage of Heaven and Hell, The Basilisk, A City, An Idiot's Delight, The Passion of Jesus Christ, The Double and The Comedy of Comedies.
Films: The Basilisk, The Forbidden.

Including almost 150 photographs, sketches and posters - the vast majority never before published and many in full colour - this volume covers:
Staged plays: Paradise Street, Frankenstein in Love and The Secret Life of Cartoons.
Unstaged plays: The Autobiography of a Flea, Bad Blood, Love's Body, Men and Women, Jazz, The Threeflies Comedy and others.
Film projects: The Beardless Vase and Other Biographies, Cock Robin, Meet Me at the Blue Orchid and others.
Written work: Poetry and the Books of Blood.

Although originally planned to be covered in Volume Three, we had so much to pack into 1981 and 1982 that we didn't get as far as Clive's final three staged plays - Crazyface, Subtle Bodies and Colossus. These will be covered in Volume Four, along with a chapter on the life of Clive's plays since the publication of Incarnations and Forms of Heaven in the mid-1990s. If you have been involved in a production of one of the plays (or maybe an adaptation of one of Clive's books for the stage), we'd love to hear from you.

Order all three volumes at The Clive Barker Archive