Next Testament: An Appreciation 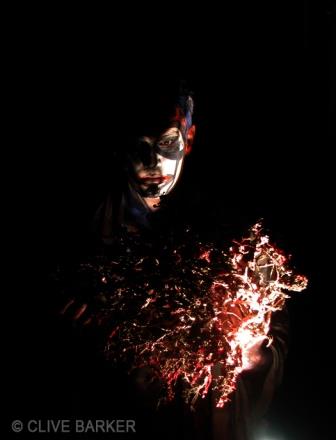 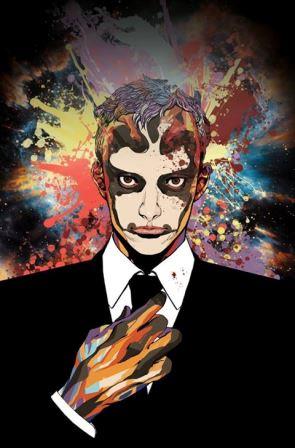 Penned by Peter H. Gilmore, High Priest of the Church of Satan and a contributor to the recently published Cabal & Other Annotations (from Fiddleblack ltd), we present below his appreciation of the themes and text of Next Testament.


In His Image: An Appreciation of Barker and Miller's Next Testament

We Satanists hold that "Man has always created his gods, rather than his gods creating him." (LaVey, The Satanic Bible, 1969) Clive Barker and Mark Miller have diligently taken on the responsibility of deity fabrication in their graphic novel, Next Testament, capturing aspects of divinity reflecting their understanding of the human animal. One of Barker's strengths has been his re-imagining of aspects of historical mythology in ways that offer emotional and intellectual impact for contemporary readers. Angelic and demonic beings have astounded and terrified believers throughout recorded history, but past imagery today fails to evoke much response. Lovecraft understood this. His tales spoke of alien entities of cosmic potency whose very essence was incomprehensible to human consciousness. Contemplation would incur madness, and such was often the fate of his protagonists. Barker follows The Old Gent's example. His fiction renders beings of terrible beauty or exquisite agony, sometimes in combination, as avatars of realms impinging on mundane existence, offering humans a means for self-transformation.

Barker and Miller herein re-sculpt the primal Western spiritual myth of the Creator Trinity. First is a sensual deity who is vain, vicious, and vengeful, pouring forth his wrath upon the beings he had wrought who have failed to progress. Aptly named "Wick," he ignites and illuminates humanity's latent barbarism as does the candle component its tallow. Wick made man in his own image. His capricious and homicidal acts accurately embody the Yahweh of Old Testament chronicles. He is checked and balanced by two others of non-traditional aspect, one an ethereal yet practically irresistible force, the other a son from whom love arises. Their names are secret, lest they be subject to summoning. Wick's past excesses forced his counterparts to curb him. When atheist archaeologist Julian Demond smashes open Wick's pyramid prison, this humanoid entity of swirling colors demands to know what his children have accomplished during his past two millennia of stasis. Progress to Wick would reflect his own savagery - neither passive spirituality nor transcendence could gain his favor. Judging modern humanity, whose technology impresses but whose lusts fail to have improved upon those of ancient Rome, Wick finds a culling to be in order and his monumental rampage reflects that of the fabled God whose genocidal deluge has been enshrined in numerous legends. Thus ancient lore is imaginatively born anew.

Julian becomes the Virgil to Wick, guiding him through the twisted landscape of contemporary "civilization." Unlike Moses, Julian communes with his deity but does not avert his gaze, being both enthralled and repelled. Yet like the Hebrew prophet, Julian must bear witness to the judgments his people suffer. His new allegiance is thus tried, but he is a man of the world and even a demonstrable supernatural entity cannot ultimately supplant his true carnal nature.

While this eternal organism and his entropy-exempt brethren have power to shape aspects of the cosmos, the evolutionary nature of being has wrought new possibilities in his creations. The human couple Tristan and Elspeth - whose love forges a bond beyond the ken of the tri-partite deity - manifest an aspect worthy of surviving their father's wrath. As the flux of the cosmos flows through time, descendants may surpass their progenitors. While Judeo-Christianity supplies the basic theme for this story's variations, there are also multiple Wagnerian references chromatically harmonizing the tale, of ardor triumphing against immense opposition, and of old orders being swept away, the twilight of the gods heralding the dawn of man.

Barker and Miller have deftly crafted deities in man's image, refusing to shirk aspects of our species that are condemned by belief systems positing a fundamentally benign creator. They know creation oft times requires destruction. Spring's natural growth smashes the torpor of Winter, as Stravinsky's Le Sacre captured so well. They also offer the premise that man has something their eternal entities lack. Deicide may thus lead our species towards self-deification. Dismissing one's gods, whether pastoral or feral, is but a small step. Recognition of the human potential for progress through passion may be the phlogiston consuming imagined Heavens, along with their fabled divinities, so that Man might be free to forge his own destiny. May our species be up to that ultimate challenge! 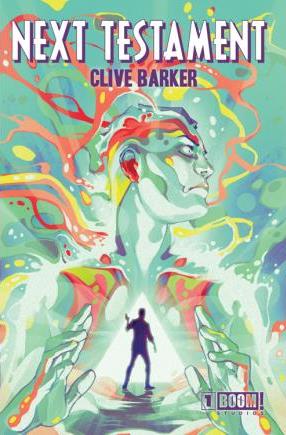 Click through for comments from Clive and others on Next Testament.