UK and US Bibliography 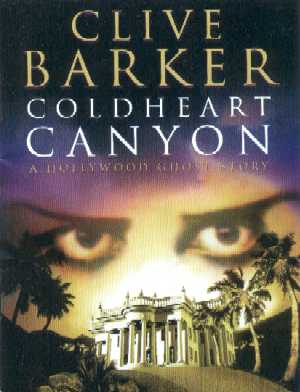 Uncorrected chapter samples (Part Two : The Heart-Throb, chapters 1-3) were issued in a mini-book format and included free to subscribers to the UK's Empire magazine in August 2001. Part One : The Price Of The Hunt, chapter 3 was included in Cinescape's November 2001 special issue 'The A - Z Guide To Halloween Horror'

The left-hand image was the original cover artwork for the Spring 2002 UK paperback edition, but was superseded. The 'searchlights' image which replaced it was itself modified prior to publication, thankfully dropping its sensationalist 'Hollywood's going to hell... wanna watch?' tag for the more sedate, 'A Hollywood Ghost Story'.

A short excerpt from Part One : The Price Of The Hunt was posted online at www.harpercollins.com, together with an audio excerpt (from the Prologue).