Will Abarat be made into a film? - A script has been written from the first two Abarat books but there is unlikely to be a film made until the books have all been written. Disney were originally going to make the Abarat movies but they won't now be doing that. Will The Thief of Always be made into a film? - We very much hope so! A proposed Thief project is currently being worked on. How many books has Clive written for adults? - Clive has so far written and published nine novels for adults. He has also written a number of short stories, plays and work for films and television. What does Clive like best - writing or painting? - Clive has been writing and painting since he was very young and he loves to do both, but at different times of the day. During the daytime he writes in his study, and in the evening he goes down to his studio to paint. Does Clive have any pets? - Yes - LOTS! He is very, very fond of his dogs, but he also has parrots (who noisily interrupt his phonecalls!) - one is called Malingo. He also has geckoes, fish and a cockatiel. Does Clive come from England? - Yes, he was born in Liverpool, England in 1952 but he has lived in Los Angeles since he moved to America in 1991. Recently he became an American citizen. Can I send you a drawing or a photo I've done that's related to Abarat or Thief? - Sure! We've created a page for them here so send us your drawings or photos by e-mail and we'll pick some to show to Clive and to the world! 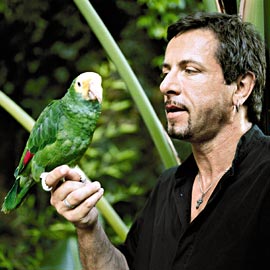 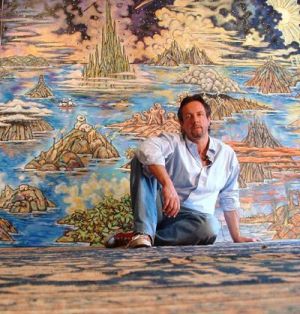 Clive at home in front of The Beautiful Moment


Where's Clive Going To Be Touring? From time to time Clive tours across the US and has also had signings in England, Holland and Spain in recent years.

ClIve is currently scheduled to appear at:

Please note that last-minute alterations to events are always possible and we strongly recommend checking with event organisers for final details before planning your trip...


Contact:
Questions can always be e-mailed to us here at The Beautiful Moment - just click on the mailbox below... 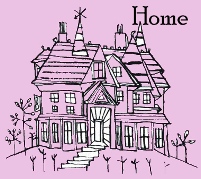 This page has been created for information and entertainment purposes only. All quotes remain the copyright of the original owners.